Systemic Lupus Erythematosus (SLE) is a lupus autoimmune disorder that is a result of chronic inflammation in multiple organs apart from connective tissues of the body. The symptoms vary and change according to the part of the body that is attacked and there are further changes as per the progression of the disease. The most common lupus symptoms include:

One of the tell-tale signs of lupus is a butterfly-shaped rash that appears across the bridge of the nose but this does not appear in all cases.

Western medicine diagnoses this condition by recommending a battery of tests, including antinuclear antibody (ANA) blood test (St. Juste). In most cases, say 95%, this test will come back positive. It is important to carry out tests to diagnose the problem. There are tests such as anemia, skin biopsies, urinalysis, and other examinations that must be carried out. There are more women who are affected by this disease than men.

Western medicine does not know the cause of SLE but believes it is a combination of genetic factors and autoimmune dysfunction. Certain medications may also lead to developing SLE. While there is no cure, there are a number of drugs such as anti-inflammatory and immunosuppressant drugs, which help manage symptoms. As the disease progresses, it may affect certain body systems such as the heart and kidneys. Renal failure sometimes leads to death. Alternative treatments such as acupuncture play an important role in managing symptoms. Unlike medications, it does not cause any side effects.

The practice of Acupuncture originated in China more than 2,000 years ago and it is increasingly popular in the United States and abroad. Although most think that acupuncture is the insertion of hair-thin needles into the skin, the term describes many procedures involving the activation of specific points on the body (acupoints) to help improve health and overall well-being. 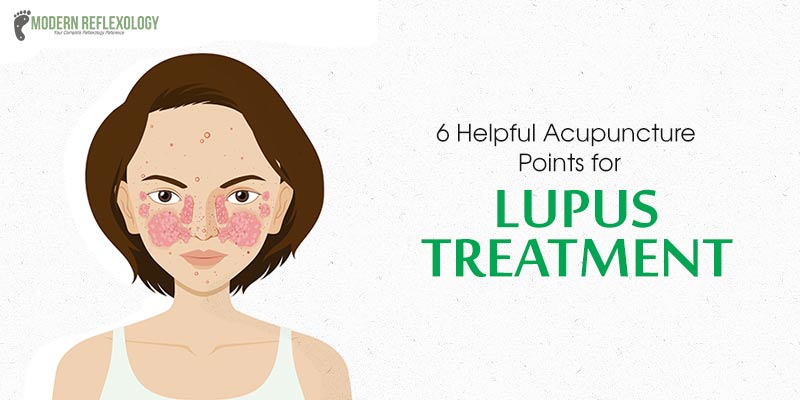 Some of those techniques used in conjunction with acupuncture are acupressure, heated herbs, magnets, mild electrical current, and low-frequency lasers.

Acupuncture is based on the Chinese theory that the stimulation of essential life energy called qi (pronounced as “chee”) that flows through the body along meridians (invisible channels) relieves issues. When the flow is thrown out of balance, illness or pain results. Activation of acupoints helps in correcting the flow and restore balance. It also optimizes health by blocking pain.

The science behind acupuncture suggests that acupuncture is all about neurotransmitter activity in the muscles, spinal cord, and brain, that leads to the release of endorphins or “feel good” hormones.

Researchers from Complementary Medicine Research reported about Acupuncture’s impact on patients with migraine in the May 2005 issue in the journal of the American Medical Association. Some patients underwent a “sham acupuncture,” in which needles were placed randomly on the body, and others with real Acupuncture. Interestingly, both reported similar outcomes, reduced headaches. The researchers deduced “nonspecific physiological effects of needling, to a powerful placebo effect, or to a combination of both.”

While undergoing lupus disease treatment you should position yourself comfortably. Your skin should be cleaned with alcohol. It is mandatory to have needles which are of single-use, sterilized, and disposed of after single use. Acupuncture needles are reed-thin and thinner needles that are used for injections, that do not hurt you in any way. Some people reportedly say they hardly experience any pain, and even if they do, it is as mild as a mosquito bite sensation.

The depth of insertion varies from person to person and it is according to the body being treated. The needles are either turned by hand or electrically stimulated. A warming lamp also may be used. After insertion for say for 15 to 30 minutes, you will be left alone and undergo periodic check-ups from the acupuncturist or assistant. Sometimes the treatment is so relaxing that it may even lull you into a deep sleep.  However, ask for assistance if you need it, some acupuncturists provide you with a bell to call for their attention.

Here are some acupuncture points for lupus treatment. 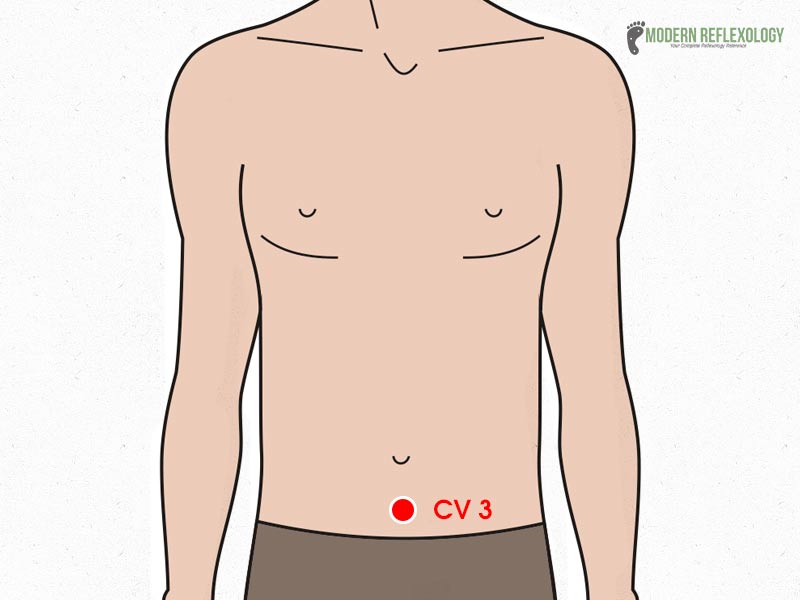 This is an intersection point of three important meridians the spleen, kidney, and liver. It’s a powerful point used both in acupuncture and acupressure. Search for the pubic bone and place your finger in the midpoint of the body at the level of this bone. Move upwards at least three finger widths; the CV 3 point lies here. This point also treats urination problems and menstrual disorders.

This is the kidney revival point; it is located right between medial ankle bone and the Achilles tendon. This acupuncture point is said to treat Impotence, spermatorrhea, urinary problems, deafness, tinnitus, irregular menstruation, lumbar pain and so on. It is said to have a favorable impact on health issues such as headache, insomnia, dizziness, toothache, blurring of vision, cough, asthma swelling of the pharynx and diabetes. 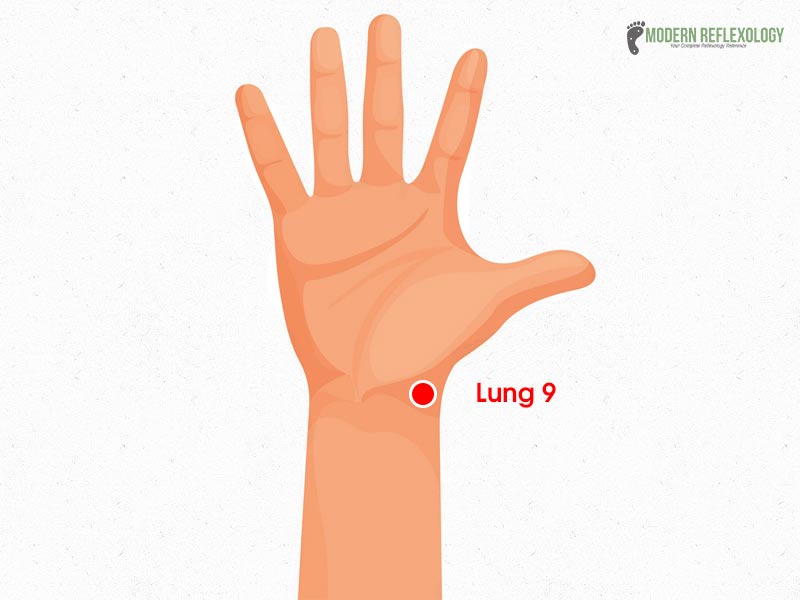 The Lung 9 acupuncture point is said to curb the excess yang, causing Lupus symptoms. It’s located right below the thumb on the inside edge of the wrist. This acupuncture point helps treat cough, asthma, sore throat, hemoptysis, palpitations, and pain in chest, wrist, and arm. 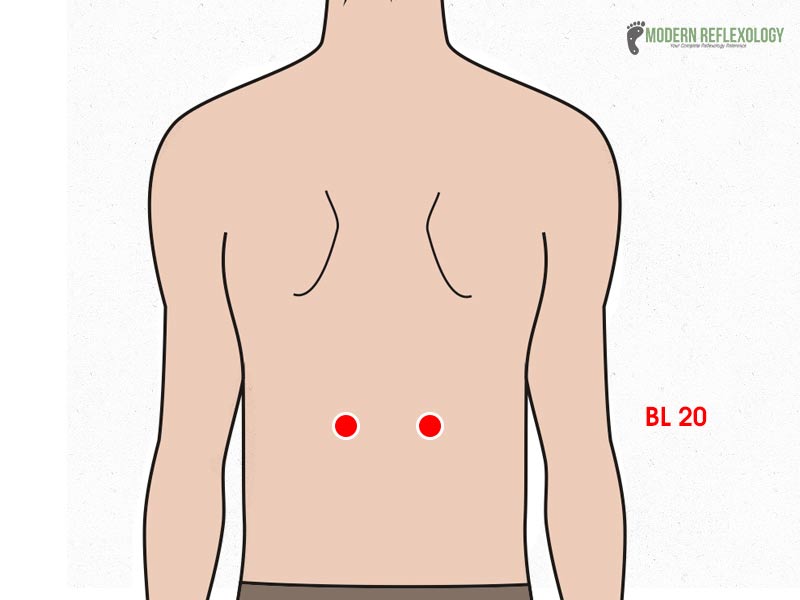 This point is located right at the back, at the position of the lower part of the spinous process of T11 and it is one and a half finger width lateral to the spine. It is used to treat a wide variety of conditions such as diarrhea, jaundice, vomiting, anorexia, backache, and swelling.

This point is said to treat dizziness, lower back pain, asthma, blurry vision, diarrhea, and urination problems. Locate the point right at the back and the lower part of the spinous process of L2 lumbar vertebrae, and at least one and a half finger widths lateral to the spine.

When you press or needles are used to press the point, it is administered at least for a minute each for maximum impact. Lupus is a serious condition and you will achieve the best results by working with a licensed acupuncturist.